Messing With A Frenchman - Why Not? 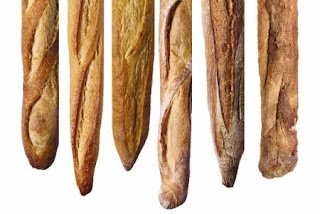 (This is another post about trom, the last one. See the post before the previous one for an explanation of what trom is)


Two posts ago I talked about an incident involving Commander Pants (as I explained before, he always has his hands down his pants) in which he made a guy carry around a cardboard girlfriend all day. As you can imagine, he was an odd authority figure. What made him so interesting, at least for me, was that he is a Sayeret Golani soldier, one of the most elite units in the army. It's weird for an recon commando to be so goofy.

As we were standing in formation one day, a French goof ball yelled out from the front line.

"Commander, I have to use the bathroom!"

Commander Pants walked over to the French guy and stared him down, presumably to see if he was being serious. It was hard to tell with the Frenchman.

The French guy dropped down into matsav shtayim - position two - which is the upper position of a pushup. He looked pretty desperate, and Commander Pants just stood over top of him, looking down, smiling. After a minute or two of keeping the kid in the position, he started counting out pushups.

We were all cracking up by this point, both at the French kid sweating out the pushups when we knew he only had one thing on his mind, and also at Commander Pants saying the number four over and over again. We had no idea why. It was just funny.

"Do you know why I repeated 4, Baguette?"

"Aren't you from France?"

"Um, because you're going to give me four minutes to go to the bathroom?!" The group had to laugh at that one, but when he said it I thought it was actually pretty clever.

"No," Pants said. Pants turned around and walked to the other side of the formation, a wide smile across his face. "No, number four because the commander likes the number four."

We were in hysterics for the second time in a day with Commander Pants. Again he started calling out numbers of pushups.