Last week I informed my loyal readership that I was finally being drafted into my actual unit. For the previous month I had been in an army course for immigrants to acclimate us to the "army mentality," as they put it. I'm pretty sure it's just an excuse for special forces guys to get a month vacation of kicking the crap out of people who speak funny Hebrew. Honestly though, it was a great course, and the physical training has already helped me in my new unit.

So, where am I in the Israeli Army? Where did they place me? Did I get accepted into the unit of my choice? 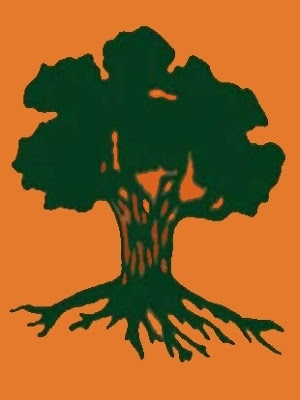 That's right. I, somehow, got my first choice and got into the Golani Brigade. According to a more than year old article from an Israeli newspaper, Golani is the number one most requested combat unit among new draftees to the Israeli army. In the March of 2007 numbers, 2.7 inductees competed for each available spot in the brigade. I would venture to say based on the buzz around town that those figures have only gone up. It seems that just about everyone who wants to do combat wants to do Golani.

And I got in. Why? Because of my status as an immigrant, in part, but mainly because I volunteered to serve for a longer time. Because of my advanced age (I am a true grandpa for the army) I only had to serve 6 months, but I requested a 1.5 year service. In the interview with the officer who decides your unit he originally tried to place me in a less than desirable brigade, but then I reminded him that I volunteered for more time and could be doing other things.

"If you volunteered for more time, then you'll get Golani," he said with authority and no expression.

That was music to my ears. After being told to wait outside while he checks on some things, and I should give you context and tell you that this was with my entire group from Michve Alon as we waited at the processing base outside of Tel Aviv the night before being shipped to our respective units, he called me back in and looked very serious.

Just one more word about the selection process. Though they really screen people to make sure they are put in the right units, and that the army gets the right person for the right job, it seems they haven't yet perfected the system. I have a friend from Michve Alon who is going to be one hell of a soldier, but he was rejected from Golani. This guy tried out for the paratroopers brigade, a grueling 2-day mental and physical test that I wasn't even about to attempt, and the only reason he failed was because he fell and hurt his knee. He requested Golani, of course, but was told that there were no spots left. It was full, they said.

And yet there is a guy from Michve Alon who was accepted who speaks very little Hebrew and just seems like a nutjob. Let's put it this way: the first week that he got his gun he took the expensive M16 and with two hands lifted it above his head and slammed it down on the pavement, breaking the steel barrel in half; he kicked a pipe in the bathroom repeatedly until it burst, flooding three rooms; he frequently screamed at his commanders, including threatening his female officer that he was going to "f***ing kill you"; he went to jail three times in the course of three months at Michve Alon, a preparation course for the real army; he is currently homeless, literally.

So, the bottom line is not that I am awesome and the army knew it and decided to hook me up, but rather that I got lucky.

Now that all that anxiousness is out of the way I can focus on becoming a real soldier. I know it might be something of a stretch, but getting into this unit has reminded me of getting into a top-tier college. I tried so so so hard for so long to be accepted, and then once I got in I took a step back and thought, "Oh... now I've got a lot of work to do." And again, I've got a lot of work to do.

For now let's sit back and try to imagine this being me:

Congratulation! And best of luck in the future. I hope you will continue blogging

Mazal Tov! and Kol Hakavod...
I'm at Michve alon now. I just finished my second week. Any hints as to what's in store for the third week. We already did 2 days of shooting and they said there won't be any more. Also, they say we have to stay for another month to do a course in hebrew so I guess we won't get to choose units until after that.
All the best
Ethan

congrats on your assignment! i'm so proud of and happy for you!!!

a big mazal tov from the end of the world!

That crazy kid who broke his rifle sounds like officer material...

Hehe, the Golani Brigade is known to be quite unique in the sense it has a reputation for being slightly crazy, and undisciplined.

YOU ARR NOT SUPPOST TO POST THIS KIND OF VIDOES ON YOUTUBE' ESPECIALLY WHEN THEY SEE THE FACE OF THE GUY YOU ARRESTING. PLEASE' TAKE IT OFF (REMEMBER THAT ITS ILLEAGAL!!!!!!!!!!!!!
HAPPY FOR YOU.

Anonymous - I found this video on YouTube. And if you'd have read the post, which was written like a day after I actually got into Golani, you'd know that. Cause yeah, I was drafted and then went on arrest missions two days later.