Israeli Girls Are Pretty And Smart 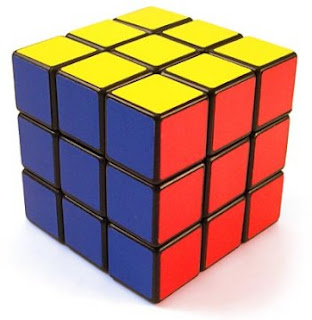 There are many advantages to being a 23-year-old member of the lesser half of this great species. I get to use the excuse "Hey, I'm a 23-year-old guy, what did you expect?" I get to burp in public, and if anyone gives me a condescending look I can just say "Hey, I'm 23, I get to be crude. That's what being a man is all about, right?" Oh, and to all my fellow new immigrants of the better half out there living here in Israel: You know all those female clerks who are always jerks to everyone? They're nice to me...

That being said, there is one huge disadvantage to being a young, single guy. Israeli girls are gorgeous. Gorgeous. I won't go into details, but let's just say that hummus is much better for the body than milk, as far as I can tell. I wonder if I could get a "Got Hummus?" ad campaign going?

My friends have told me that I have recently been a little girl crazy. Don't get the wrong idea. It's not that I'm out and about, mingling, gallivanting, or what have you. In fact, it's quite the opposite. I've been so detached from the dating world or from even talking to females outside of my group of friends that the entire idea of a relationship is so foreign to me now that when I see some attractive girl, I no longer know what to do. Inevitably it's the same reaction, however: 1) Eyes widen; 2) Thought - "She's human? There is a Gd"; 3) Mouth gapes.

So, earlier this week I was downtown and couldn't help but notice the sheer quantity of 10's walking around the city. Just walking here and there, going to a coffee shop, getting a book, buying some new shoes. Working as security guards. Talking with some old friend. Getting a cellphone fixed. Goddesses living human lives! This country has many great sights and scenes, but for the 23-year-old guy, well, the female population is #1.

And believe it or not, some of them are smart. I was waiting at a bus stop, standing next to three girls who I would consider out of my league any day of the week, and here comes strolling down the sidewalk yet another beauty. She was wearing a white dress, one of those sun dresses that you find at UVA football games, her dark brown curly hair falling on her olive shoulders, a red satchel slung over her right shoulder, and sandals so thin I swore for a second that she just had really thick soles to her feet. Fashion, looks, and apparently brains.

She was walking obliviously, even bumping into a couple kids dancing around their new little sister in a baby carriage. Walking with her head down, this young lady was hard at work on a Rubik's Cube. I swear on The Good Book that she was actually almost finished with that impossible exercise. She was working on getting the white side nearly perfect, and had two other sides essentially completed. Honestly, it looked like it was well over 80% finished. As she walked by I watched her go into the sunset, again baffled by her skewing of the traditional delineation between beauty and brains - her dress was backless, and she had some fancy looking bra hanging out.

Maybe you all are rolling your eyes, but for a 23-year-old single guy living in the Land of Milk and Honey, well, sometimes you can't help but notice all of the gifts given to this often misunderstood country and people.
at 1:49 AM

Danny, about those israeli girls your describing. How much do they like us not so exciting American Jewish men over there?