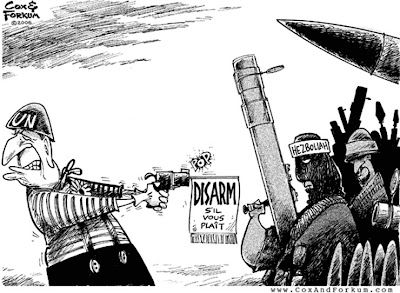 So, if you read my previous post or even read CNN's headlines yesterday, you would have noticed that Israel had its largest emergency preparation drill in history. The drill was to evaluate our readiness for any attack, be it from neighbors, Heaven, or Hell. Hell not withstanding, we're doing alright. Actually, I don't know how well we did, but in this country if you don't see a slew of vicious op-eds, well, it must have been pretty good!

Our fun-loving Syrian neighbor to the north decided two days after Israel's drill to conduct their own. After weeks of groaning and bemoaning Israel's supposed escalation of war-like tension, Syria chose to cast caution to the wind and jump into the fray. I can only imagine their cabinet meeting where this was decided.

"Eh, maybe you think we need drill too?"
"Yes, yes, we will show them."
President Assad rubs his long chin, a smirk slowly spreads across his boyishly handsome face, and he can't help but exclaim the brilliant maneuver. "Excellent, excellent."

My only response is to smile and laugh at all this foolishness! I mean, come on, we held a drill that basically was to prevent Israel from having unnecessary difficulties in the case of another Lebanon War, a war that was started by a bunch of terrorists out of the blue. We were hanging out, they launched missiles. We were not ready. That's it.

So, we just want to be ready in case someone gets a smart idea, not for some offensive campaign against the innocent civilians of Lebanon, as Al Jazeera would want you to believe! If I was the prime minister, I would send a very public call to Bashar Assad and say, "Brosef, we aren't going to attack you, but I hope your drill goes well. Ours was kickass!"

Here's to you NOT being the president of Israel.

Not that it isn't a good idea to tell those syrians who is who, but i don't think it would bode well for peace in the middle East"