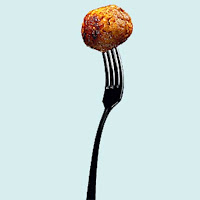 Yesterday marked the one week anniversary of my ulpan. If you read a previous post of mine you'd see that I thought I was in the lower half of the class, barely able to keep up with the level. I was mistaken. I wouldn't be so presumptuous to say that I'm actually in the upper portion of the hierarchy, the hierarchy of the "better" students, but I would say that I seem to have one of the larger vocabs and ability to conjugate the verbs. Essentially, the way the class works is that she throws things out there, like a new verb or some review, and we answer her with the conjugated forms or sentences or discuss the questions she poses. Many, many times I'm the only one answering when it comes to which structure the verb falls in; the binyan, an all important element of conjugation. Sometimes, I'm the only one even answering what the verb means -- we do have quite a few on our plate right now, so I think I just have a mind for memorizing infinitives.

It's funny that I was so worried about the next 5 months and whether or not I would be able to stick to the class for that long. If you miss a day or don't understand something, and don’t have a chance to study, in a language course, you're just screwed. I had a right to be weary, but I misjudged my fellow students. I'm not saying they're dumb, or don't know Hebrew – they are smart, and they know the language pretty well. I simply lacked that all-important confidence. I am still too reticent in speaking, as I feel so self-conscious when I do. In my opinion, honestly, learning a language is the most difficult academic subject available. Math, science, politics... at least you can listen to the professor in your own language!

The class has taken on some new people, and other people have left (for the ones that left I thank Heaven). We have two new French girls, one of whom is fairly beautiful, but I don't think they really speak English. The pretty one is a little ridiculous. For instance, she was talking on her phone in the classroom, during class. For about 10 minutes. Yeah, French people often deserve their stereotypes, at least in my encounters. Also, we got an Ethiopian guy, who I can't understand a word of in Hebrew, or any other language for that matter. I think he speaks French to the Parisians. And, we have these two really cool Brazilian kids, a guy and a girl (and another girl, but apparently she said that the Americans have funny/stupid accents and she can't understand us, so...). The cool Brazilian girl is pretty attractive, in that South American, she's a dance instructor kind of way. The guy was supposedly an Olympic weight lifting hopeful. He isn't overly huge, though, so maybe I misunderstood him and he only helped train weight lifters. Whatever.

The last word is about this really really cool Italian girl. She's from Turin, which makes her cultured right off the bat. She knows Latin, French, English, Spanish, Italian and working on the 'Brew. Being that she's Italian, even though her English is better than many Americans, she tends to speak Hebrew with an Italian accent. So, when you think of Italian inflection, think "Now that-seh spice-eh meat-ah ball-eh!" And then, in Hebrew, "Yeish-eh lee-eh cheshek-eh laasot-ah..." It's a problem because suffixes are king in this language, but boy oh boy, how I laugh and laugh when she speaks! To myself, of course, considering I probably sound like a redneck to these people.

And yes, my main observations were just about the attractiveness of the girls in the class. What else did you expect? I'm 23!
at 11:39 AM

Email ThisBlogThis!Share to TwitterShare to FacebookShare to Pinterest
Labels: Hebrew, My Life

Your mom sounds cool. My name is Lady-light. My blog is Tikkun Olam. When did you start this blog? You don't have enough comments!

I started the blog when I made aliyah, September 4th or so. Just about a year now. I now get a few more comments on posts, but still nothing like I'd like.

I just don't get much traffic to begin with.