Lately I've been getting an inordinate amount of emails from guys in America looking to join the army before, during, or after college. I suppose they search the net to see what it's like in the IDF, find my blog, and want to ask their questions. I can understand that. If I would have found a blog like mine two years ago, I think the author would've had to end up blocking my emails! I would've driven him crazy.

And so, I've been finding myself lately thinking of all the advice I'd like to give to anyone considering the army. Sometimes I think I should tell them to not worry about getting in shape before joining, since you're going to be forced to push yourself past your limits anyway. But to counter that, I then realize that running and pushups and the like might help relieve the stress and anxiety inherent in such an adventure.

But then I realize that the only real advice I should give is the one bit that I have fully learned to take to heart myself. And here's the gem of wisdom I have to bestow:

Three weeks ago I was stationed way up north, basically on the Israel-Lebanon border, and for some reason I found myself longing ravenously for all the food in the world except for the battle rations we were eating. For some reason, tuna and corn wasn't cutting it for me. Every second of guard duty was spent dreaming of hamburgers and soda and Red Bull and on and on, ad infinitum. I knew I was going home for the weekend, and I made a shopping list of what to get.

And true to form, I did just that. In a daze I got off the 440 bus from Tel Aviv into Jerusalem, went to my apartment, changed, and then headed straight for the grocery store. I decided to walk the 20 minute route to the supermarket in Talpiyot in order to really build up the anticipation of a great gorge fest. As I started walking I could feel a change come over me. My aches and pains, the stiffness of my legs and back all dissapeared. Slowly my cognizance was retreating. Images of glorious calories and smiling tastebuds crowded my vision. I was now on a mission, a blind mission, like some drunken traveler in need of shelter. I was now a zombie for comfort food.

This zombie plodded down Emek Refaim Street, and without intention or plan he found a Holy Bagel shop. He shoved a piece of paper across the counter and mumbled that he wanted two everything bagels with cream cheese. And then he realized he needed something to drink.

"XXXL ice coffees are only 14 shekels," the bagel guy said.

The bagel guy could just tell the affirmative answer by the drool running down the strange customer's chin and the blank, zombie stare in his bleary eyes. "Give me milkshake coffee," this zombie-soldier intimated. He sat outside and scarfed down the unplanned and unnecessary meal, enjoying the little slice of Americana while it lasted. Two bagels don't last too long around a zombie-soldier after two weeks of urban combat training, you know.

And he was on the move again. Nearing closer to the supermarket, he happened to spot a Burgers Bar. The mid-level chain hamburger joint is a favorite of a meat-deficient zombie, and he has often been known to dream of it at 4am while staring out at silent, green fields, shifting the weight of his combat vest, wondering when he'll be home again to eat such delicacies. Again without intention, the zombie stumbled into the shop and threw his arms on the counter.

"Ugh," the cute worker mumbled to her manager, "another Golanchik home for Shabbat."

Once the hamburger was ready, the zombie-soldier ambled with his tray to a nearby table. Ketchup squirted from the bottle of Heinz messily across the fries and onion rings ordered on the side. Only minutes later, the last bite was taken, hardly chewed, and swallowed nearly whole. The zombie soldier gazed blankly, saw no more food that he wanted at Burgers Bar, and rose ungracefully from his seat due to a slowly expanding belly. Forward to the SuperSol, he marched.

Not wanting the security guard to slow him down with a routine search for weapons, the zombie flashed his military ID and brushed past the pre-Shabbat line crowding the entrance to the large, fully-stocked grocery store. He hastily made his way past the exiting customers, past the cashiers and rows of shoppers waiting to unload carts. Without warning he stopped dead in his tracks. As if a bright beam of Heavenly light blinded him, he instinctively threw his forearm before his face to block the overwhelming radiance shining forth. The zombie squinted to dampen the inundating luminescence. Struggling to identify this unexpected glow, he screwed up his eyes and peered out through his fingers.

It was the holy grail itself. He stood before all the aisles of food known to man, packaged handsomely and sitting invitingly on neat shelves. It was as if they stretched as far as the eye could see, from floor to ceiling. His gaze fell from aisle to aisle, row to row, vainly trying to spy the end of this unreality. Only hours before he was in the army, longing for this moment like a man stranded on a desert island. And now he stands, a free man for a weekend, a zombie overcome with a desire to dine.

Ambling through the Garden of Eden, he plucked any treat or delicacy from the various trees that caught his eye. Frozen pizza, Doritos, sugary cereal, and sour gummy worms. Corn dogs, Pringles, Coca-Cola, and flavored yogurts. Chocolate chip cookies, pita and hummus, and pre-stuffed raviolis.

And then the loaded zombie, who forgot to grab a shopping cart and was too engaged to return to the front, arms full of his precious goods, chanced upon a beam of light shooting forth from the dairy section. As if divine inspiration had settled upon him, the zombie found the final missing key. 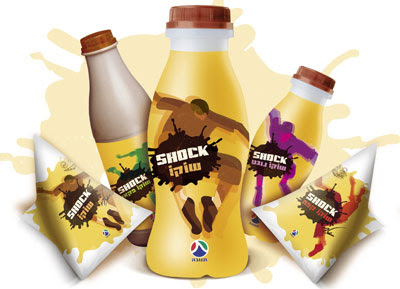 You were right, I loved this post, I smiled the whole way through it - shame the pizza looked better than it tasted!

Ha ha! Great post mate. :)
This had me smiling throughout.
Shavua tov achi.

i know the holy bagel. it rules.

only if we had one in herzliya

Haha! Great post. I worked about 10 years ago at the Holy Bagel near Tachana Merkazit and was a shift manager for 3 years at the Old City Bonkers Bagels.

Haha I really feel you on that one. Here I basically live on tuna and peanut butter and jelly so when I go home my parents meet me with a cooler full of food. As the day I get to home gets closer I find my self day dreaming about fired chicken, lasagna, and cold beer. Its too bad I have 5 finals between me and all that, 5 days till home, 11 Days till Plebe's get Human Rights, 12 days till graduation and I get three weeks off.

Gee! Doesn't your company master sergeant have a field PX? You should be getting extra pay with your "lone soldier" bonus, so why don't you just buy a lot of bamba?

What do you think of machalniks?

Dude choc milk is seriously one of the most comforting and delicious things on the planet. I can see you chugging down a gallon of that goodness without a breath. Love you man....

Great advice to someone who has emailed you for IDF advice in the past. Good read too.

I'd still like to see the post on advice about underwear, socks, shoe inserts, etc. sometime if you get the chance.

Reminds me of my own tironut days back in '86. I'd get on the Friday morning bus outside Machane 80 (HaNahal Zorem!), ride to Afula, get off, walk into the town square, and have a great "brunch" (it was only maybe 09:00) consisting of a HUGE felafel with everything in it (HaNasi was the best!), a nice, cold Maccabee beer, and a HUGE waffle ice cream cone topped with whip cream, nuts and a cherry! Who cared about calories? I was a happy biz-baz :-)