When I got to the yeshiva I was very interested in where they would put me up. This yeshiva is a very rich organization, a Jewish organization that has hands in just about everything, from politics to Jewish outreach. Its website is aish.com, but you’d never find half the things they do just from that religious website. Needless to say, they have resources enough that they have apartments throughout the Old City, a reasonably expensive area due to the high demand for a very small limited amount of apartments.

Last summer I lived in an Aish apartment at 90 Chabad Street, a nice little area near the Western Wall. The apartment was great. It had 2 side rooms, each housing 2 to 3 people, a living room converted into room for 4 beds, a bathroom with shower, a kitchen with a big table and a nice sofa, and access to a huge roof from which you could see so much of the Old City and the surrounding area, including the security wall separating the West Bank from Jerusalem. They get these fairly big apartments and convert them to house double digit people, but still it was a tremendous place to live.

Back to the beginning of the story: when I got here, I was hoping and praying I’d get another good apartment or even 90 Chabad. Nope. They put me in the, gasp, Sephardi Center. The Sephardi Center is some type of group that organizes programming for Sephardic Jews, which means those from the Middle East, North Africa, and Spain. Roughly, this place is a square, with an open courtyard. On the top floor, the second, there are about 8 rooms or so, housing probably 30 to 50 guys. It’s disgusting. I lived here in January when I was at Aish for a few weeks, so when he told me that I’d be there…

Granted, I’m living here for free. But, man, that place is gross. It’s dirty, the walls are all stucco and seem like they’ve been decaying for 50 years. The bathroom typically reeks of open sewage, mainly because the only thing covering a sewage line in the corner, a 1 foot by 1 foot square, is a piece of plywood, which sometimes is missing. I feel terrible for the cleaning lady, who I’ve seen a few times; she’s too young for that. ‘That’ being open sewage.

Considering that I’ll be at Aish, most likely, until January, I asked a few days ago if I could get switched out of the Sephardi Center. I told a small white-lie. I said that I can’t sleep there, that it’s too loud (i.e.- 2 nights in a row I had to tell people to be quiet at 3:30am), and that I need to sleep more to be able to study all day. The only lie was the ‘study all day’ part, which may or may not be a lie either considering who you ask. I consider about 6 hours of solid reading/learning to be ‘all day.’ The yeshiva borders on 10-12 hours for ‘all day.’

Anyway (a popular word for me, considering my tangential stream of thought writing style), today I was moved into a new apartment. New in that Aish just started renting it. I got the hookup. Though I was sad that I didn’t get 90 Chabad, this place is nothing to sneeze at. It’s two floors, with the top floor having a bathroom with 2 showers in it, 2 bedrooms, a living room downstairs, a bathroom, a kitchen with nothing working but the sink, a large balcony (though it’s 1 floor up), and then my room. The living room has been converted into a bedroom, with something like 4 beds in there now. My room is a small little anti-room, with built in floor to 10 foot ceiling closets, and a whole wall of sweeping open windows. The room is tiny, but it’s just me and 1 other bed, whose owner apparently won’t be back for “a few weeks.” Not too bad. The guy’s name is Ricky.

Ricky? At a yeshiva? We’ll see. No matter, it’s so nice here. It’s open, with the atmosphere coming in to the room directly over my bed, windows flung apart, a rich blue sky, Israeli flags flapping in the wind, the sounds of children playing. The only thing missing is a table and a chair!

One last thing, I promise. Baron de Rothschild, of the Frankfurt banking megafamily, is something of a hero in Israel. Most people don’t talk about him, or even know, but those that do appreciate what he did. He was a Jew that decided to buy up a huge amount of land in what was then Palestine, legally, in order for Jews to move back to the land. He ended up purchasing nearly 125,000 acres of land, under his Palestine Jewish Colonization Association. Along with his nearly $50 million in land purchases, he helped fund electricity research, archaeological digs of Raymond Weyl, founded the wine industry, and helped establish the first new settlement in Palestine (Rishon L’tzion). In his memory, his son donated the money to build the Knesset building, the Israeli parliament.

Naturally his name is everywhere. I live next to an estate bearing his name, which now houses a yeshiva. I literally live in the small square that I’m assuming used to be a front lawn. I’ve gotta figure out if this was ever a private house of his…cause it’s huge, and it’s amazing to live next to something of someone’s who was and is so important. Living next to Brad Pitt would be cool. Living next to George Washington would be an ethereal honor.

And now the Rothschild boys are famous for dating Natalie Portman and Cameron Diaz. Oh how the apple has fallen far from the tree (actually the RIT, Rothschild International Trust, is the highest grossing investment firm in England, so they’re still on top….but it’s nice to rag on the super rich).

Here are some promised pictures of my aliyah flight. Click for a much larger image (1024x768 -- wallpaper size) 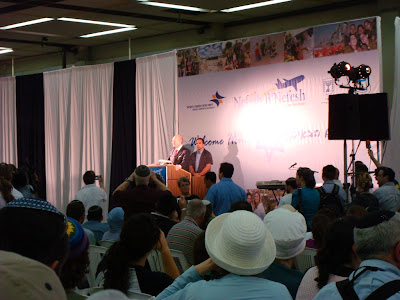 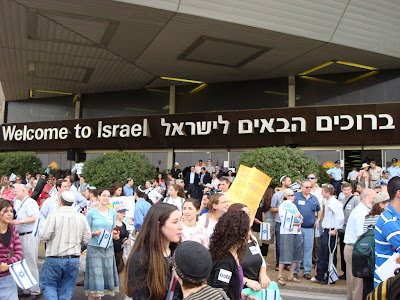 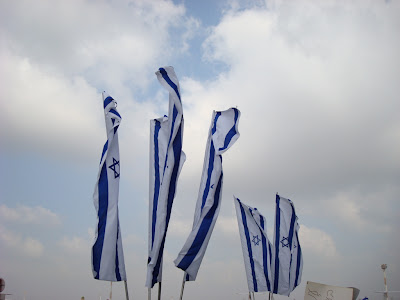 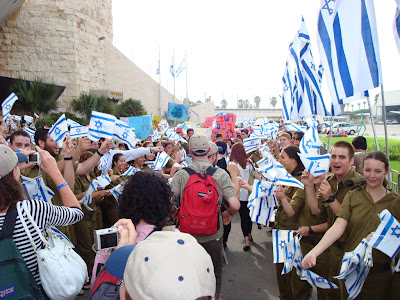 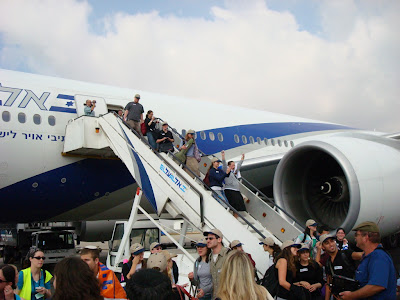 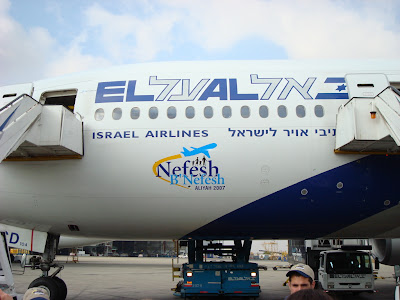